I like to surround myself with people from whom I can learn. Over the past five years as a math coach, I have been surround by people who are not afraid to step outside the box and challenge the ideas students and teachers have about mathematics. The new endeavor attempted by a couple of my coaching friends is the use of 3 Act Tasks within the math class. If you haven't heard of them, check out Dan Meyer's blog http://blog.mrmeyer.com/?p=16470.
My quick and dirty version of a 3 act task- present students with a situation or a conflict with very limited information. Allow students to pose questions that come to mind. Students estimate an answer that is too high and too low, then using only what they have begin to find a solution to the situation or conflict. As they work, students find they need more information and are able to obtain the information by asking for what they need. Dan says this is creating an intellectual need.
This type of approach was introduced to me by Graham Flecther. The examples I've seen were with the intermediate grades up through high school. So naturally, my original thought was to try my hand with this approach in a 4th or 5th grade classroom. In actuality, my first experience was in a 2nd grade class. If you are a nonbeliever in giving students as little information as possible and allowing their curiosity take over, if you believe you have to teach the concept before students in engage in a task or you believe only older students have the ability to do such a thing; let me make you a believer.
The 2nd graders completely blew my mind. As I walked around asking probing questions, I became more and more excited.  This is the task in which they engaged. Their questions didn't go in the original direction I had planned. It looked like I was going to experience some set back with questions such as, "is it a wedding," "is it a concert". 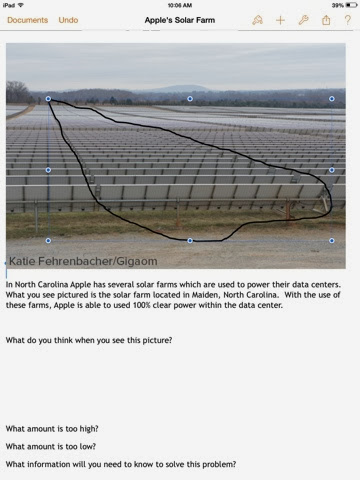 With the possibility of the lesson unraveling, I posed the question, "How many panels are in the noted region?"  At this point, students took off thinking and processing, until they realized there wasn't enough information for them to arrive at a solution. Information was revealed only after a student inquired about the information.
The strategies the students exhibited to multiply double digits ranged greatly. Students had their choice of which manipulatives to use within their groups. 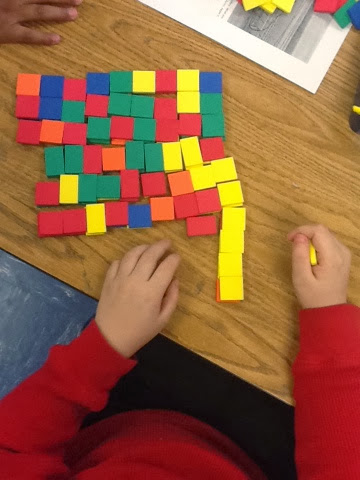 This group created nine rows of ten, but doubled the quantity to represent 18x10. 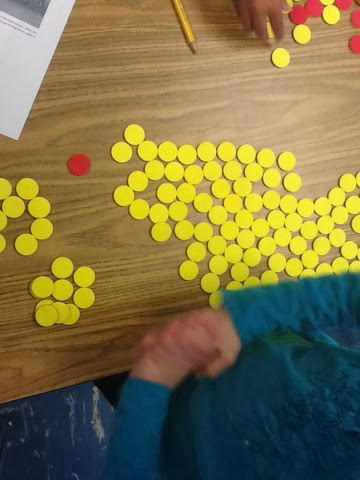 This group realized that 10 groups of 10 was equivalent to 100, so they used their counters to make 10 groups of 10 and 10 groups of 8 to model 18x10. What they really were doing was the distributive property, but that wasn't an explicit goal of the lesson. Wow! Creating the opportunity to make sense of mathematics naturally brings out the concepts some teachers believe they have to "teach" before students can do it. 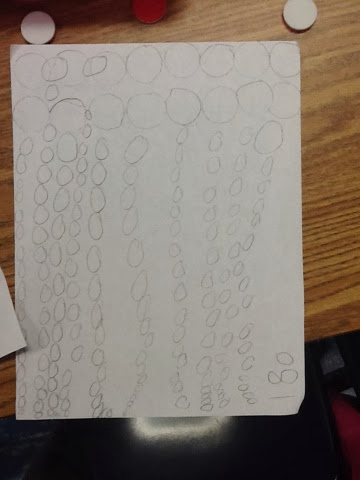 This student drew an array for 18x10 and used repeated addition to solve. 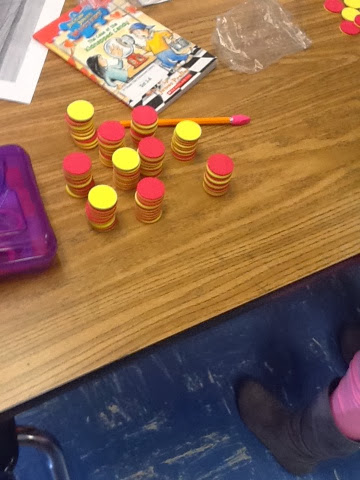 This group created 18 groups of 10 and skip counted by 10 eighteen times to arrive at an answer for 18x10. 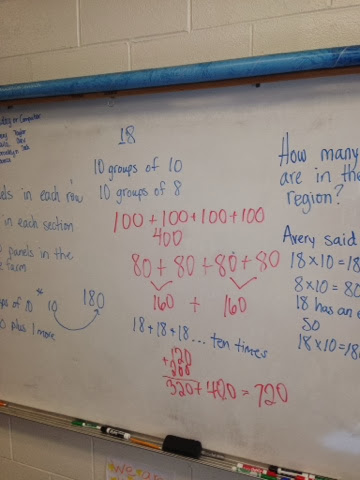 As if walking around talking with students about their mathematical thinking wasn't exciting enough, we got together as a class to discuss how the different groups arrived at a solution. I posted two explanations on one of my YouTube channels. http://youtu.be/gtv039ktFkI From this task, one of those 2nd graders made a conjecture most 4th and 5th graders struggle with understanding. For that very reason, I recorded this thought on anchor charts and hung them in the hallway.
In the math classroom, there is a time and a place for lecture and practice. But if you spend most of your time doing these two practices, it's likely that your students will miss out on the opportunity to make sense of the mathematics in which they are engaging.
Posted by Unknown at 5:44 PM